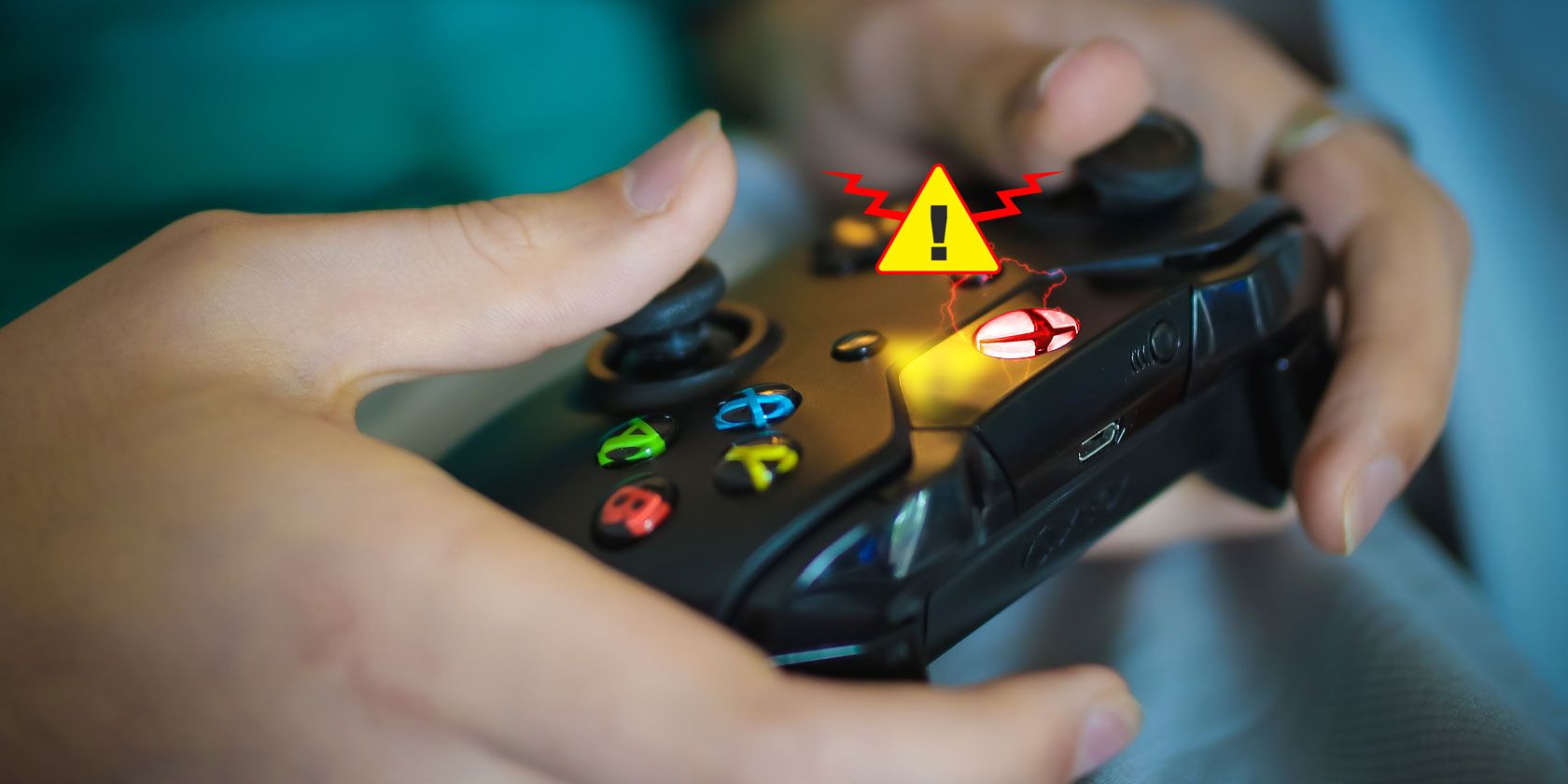 Is your Xbox One controller broken, or do you have issues with an Xbox Series X|S controller? This is a vexing issue that many Xbox users confront. While wireless controllers are more handy than corded controllers in prior systems, they have their own set of difficulties.

We’ll teach you how to repair your Xbox One controller when it won’t connect, sync, or even turn on correctly in our troubleshooting article. You’ll be back to gaming before the end. While this article focuses on the Xbox One, most of these recommendations also apply to the Xbox Series X and Series S since the controllers are almost similar.

1. If Your Xbox Controller Is Not Connecting

If your Xbox One controller isn’t connecting to your system, you should first check for a few typical problems.

To disconnect one or more controllers, hold the Xbox button and choose Turn controller off from the subsequent menu. Then attach the new controller once more. Also, keep in mind that you can only link one controller with one Xbox console at a time. If you take your controller to a friend’s home and couple it with his Xbox, you’ll have to pair it with yours again. This also applies if you connect your Xbox controller to a PC before attempting to use it on your console.

For further information, see the section below under “If Your Xbox One Controller Is Blinking.”

What if your Xbox controller connects but then disconnects? This may spoil an otherwise enjoyable gaming experience and is incredibly inconvenient to deal with.

2. If Your Xbox One Controller Keeps Disconnecting

Keep in mind that the Xbox One and Series X|S controllers’ standard battery-saving function is to disconnect after 15 minutes of inactivity. This is unlikely to occur when playing games, but it may occur if you mainly use your Xbox One as a media center. You’ll need to move a stick or push a button every now and then. Otherwise, you must reconnect the controller by hitting the Xbox button afterwards.

However, if your Xbox controller keeps disconnecting, it’s likely that it occurs far more often than every 15 minutes. If this is the case, you may do certain troubleshooting actions. When you experience this problem, you must ensure that your batteries are fully charged. Return to the Home menu by pressing the Xbox button, then look for the battery symbol in the top-right corner. If the batteries are low, you should replace or charge them as needed.

Interference may also cause frequent disconnects. According to Xbox Support, the wireless range of the Xbox One controller is around 19-28 feet. If your controller isn’t staying connected, try moving closer to your console.

You should also remove any obstacles between the controller and the console, such as computers, metal shelves, and the like. If your Xbox is housed within an entertainment center, consider relocating it outdoors to improve the connection.

When you hit the Xbox button on your controller, it normally blinks or flashes, indicating that your controller isn’t attached to a console. As previously stated, this may occur when you link the controller with another system. However, it may also happen as a result of different problems.

3. If Your Xbox One Controller Is Blinking

If this does not resolve the issue, restart your console. To turn off your system completely, press and hold the Xbox button (the power button) on the front for 10 seconds. Then, to turn it back on, push it again. You should be able to link your console and controller without it flashing after a power cycle of both.

If the controller does not connect under any circumstances, contact Xbox Support. Meanwhile, you may switch off your controller by pressing and holding the Xbox button for several seconds. If it merely continuously blinking while troubleshooting, this may help save battery life.

Don’t be concerned if your Xbox controller does not turn on. This is another prevalent issue with comparable answers to the last one.

You may also get rechargeable batteries by purchasing the Xbox Rechargeable Battery kit. This package includes a USB-C cable, which is used with the newer Series X|S controllers. To charge an Xbox One controller, attach it to a micro-USB cord instead.

4. If Your Xbox One Controller Won’t Turn On

If replacing the batteries fails to turn on your Xbox controller, try this:

If your controller works, you may upgrade it by hitting the Xbox button to access the Guide while your system is turned on. Navigate to Profile and system > Settings > Devices and connections > Accessories.

To check for updates, choose your controller, then the three-dot button, then Firmware version.

Xbox One accessories, whether linked to the controller or the console, may sometimes cause connectivity problems.

If you have an external hard drive, keyboard, or other similar device attached to your Xbox, detach it before reconnecting your controller. Do the same with your controller’s Stereo Headset Adapter, if you have one.

If you’re using a USB cable to sync your Xbox controller, ensure sure it’s of excellent quality. Low-quality or broken cables may not function properly.

As with any troubleshooting, experimenting with multiple devices might help narrow down the source of the issue. Connect a different (known to work) controller to your Xbox system. Confirm that its batteries are also charged.

If that controller works well, the problem is with the original controller. However, if both have issues, the issue is most likely with your console. In this instance, you may need to contact Xbox Support.

We stated it before, but it bears repeating: while troubleshooting controller difficulties, be sure to reboot your console. By default, merely hitting the power button on the system’s front puts it into sleep mode, so make sure you hold it for at least 10 seconds for a complete shutdown.

What Are Steam Trading Cards and Where Can I Get Them?

Try Connecting Another Controller to Your Xbox

If your controller is operational, you may also navigate to Settings > General > Power mode & startup and choose Full shutdown. When an Xbox One controller stops functioning, a fast reboot is all that is required.

If you discover that utilizing a USB cable solves your Xbox controller connection problems, your best strategy is to utilize your controller as a wired device to avoid future problems. You may choose a lengthy cable, such as the 15-foot MATEIN micro-USB cable, to avoid sitting too far away from your system.

Reboot Your Xbox One

This isn’t great, but it’s better than buying another controller. If everything else fails, go to the Xbox device support website. Sign in with your Microsoft account, register your console if you haven’t already, and then follow the instructions to change your controller. If Microsoft refuses to replace it, you’ll have to seek for a good bargain on a new controller.

If you find that your Xbox controller connection issues clear up when using a USB cable, your best bet might be to use your controller as a wired device to prevent future issues. You can buy a long cable, like the 15-foot MATEIN micro-USB cable, so you don’t have to worry about sitting far away from your system.

This isn’t ideal, but it beats spending the money on another controller.

What If Your Xbox One Controller Is Still Not Working?

If nothing else works, head to the Xbox device support page. Sign in with your Microsoft account, register your console if you haven’t yet, and you can proceed through the steps to replace your controller. If Microsoft won’t replace it, you’ll need to look for a deal on a new controller instead.

You are looking for information, articles, knowledge about the topic Xbox One Controller Not Working? Advice on How to Repair It on internet, you do not find the information you need! Here are the best content compiled and compiled by the appsladder.com team, along with other related topics such as: How To.

Related videos about Xbox One Controller Not Working? Advice on How to Repair It 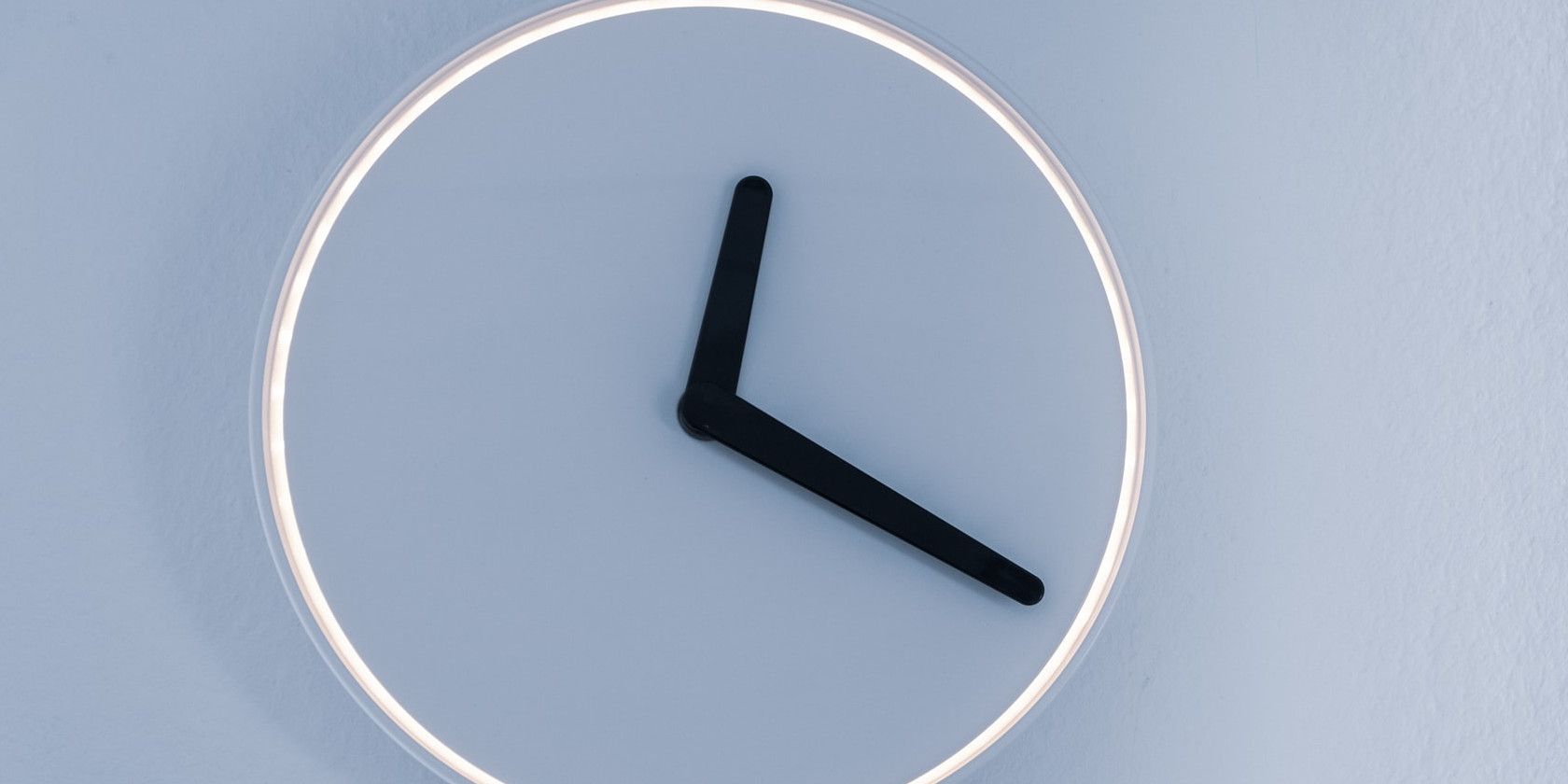 How to Change the Time and Date in Linux Using the timedatectl command, you may keep track of time on Linux by adjusting the system date and time.

How to Delete a Spotify Playlist If you’ve had enough of a Spotify playlist, here’s how to remove it on mobile and desktop. 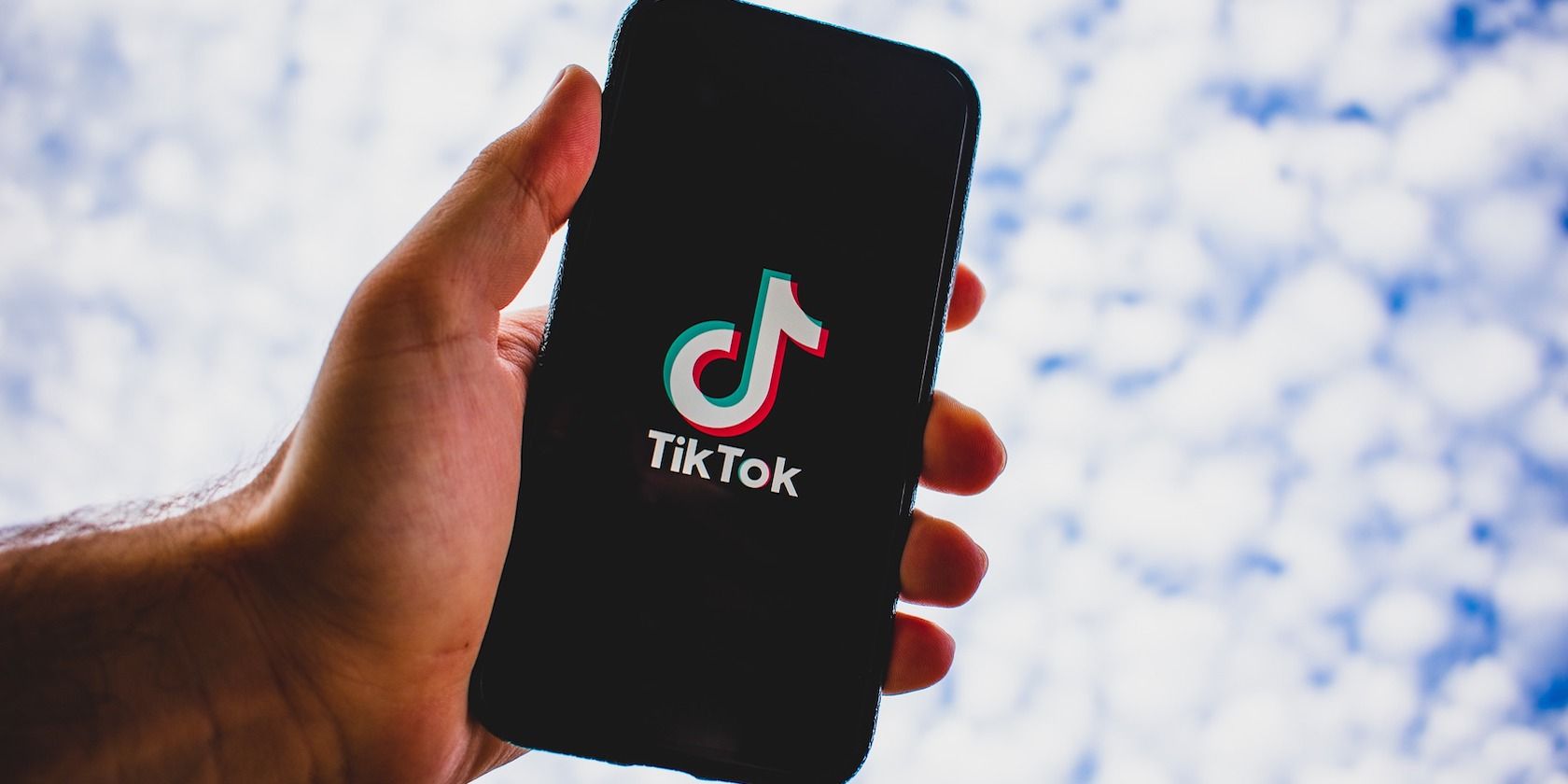 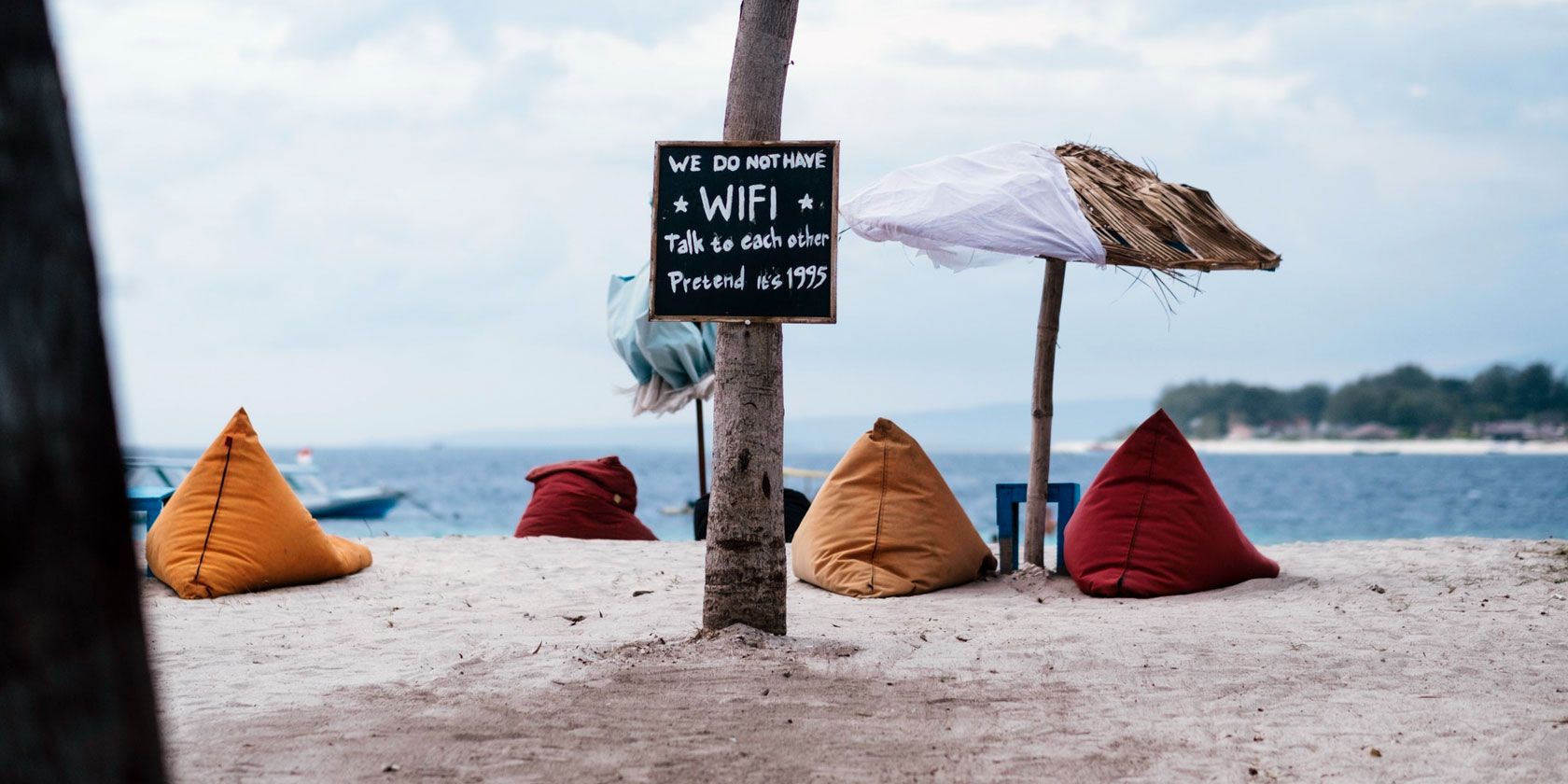 How to Get Wi-Fi Without a Normal ISP: 5 MethodsDon’t have a regular ISP? Learn how to obtain Wi-Fi anywhere you go, even if you don’t have an internet connection. 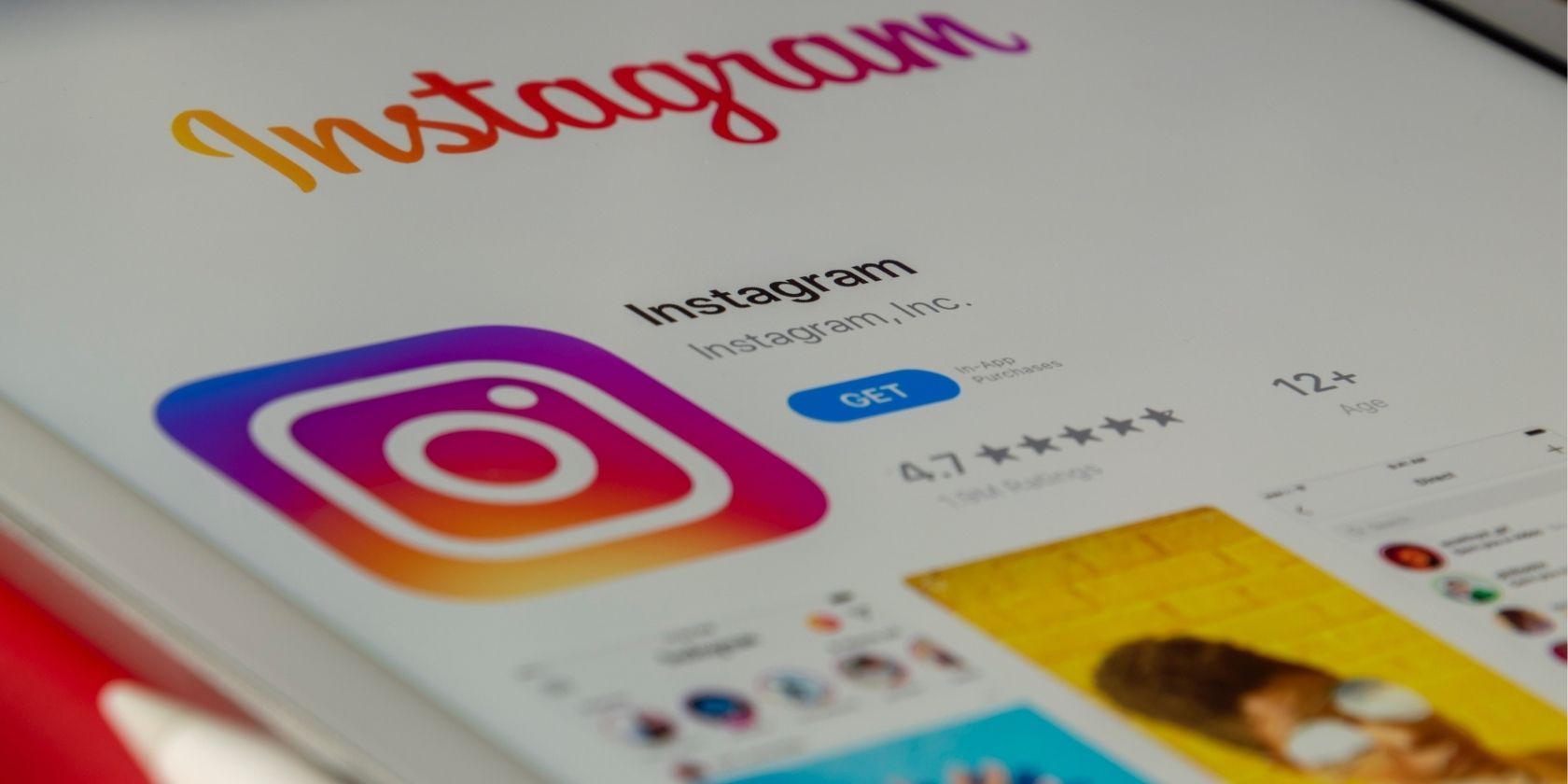 How to View and Remove Instagram Login Activity Instagram wants to keep you secure by showing you who logs into your account. This tutorial will assist you in clearing this information.

How to Install Apple TV+ on a Samsung Smart TV The Apple TV+ experience differs based on the type of your Samsung TV. We’ll go through everything you need to know.